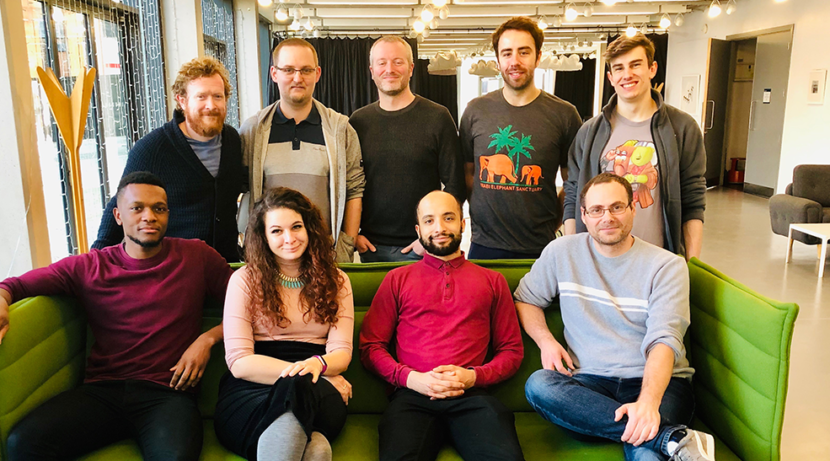 This month we caught up with Grid Smarter Cities; a dynamic, northern tech company with a reputation for solving real world problems through innovative products. Their office is on the third floor of The Core, a flagship workspace on the 24-acre Newcastle Helix development.  Managed by Creative Space Management, it is Newcastle’s go-to location for agile tech and science businesses in the city centre.  If you’re part of the North East business scene, you’ve no doubt already heard great things about Grid Smarter Cities using tech for good on a global scale.  Founded in 2014, they’ve doubled in size in the last 18 months.  After moving to a single office space at The Core in 2017, Grid Smarter Cities now has three workspaces within the building, from which they have, amongst other contracts, delivered two major Innovate UK projects in the last year.

Their mission is straightforward.  They want to improve the lives of the people living in cities; enabling smarter, cost-efficient services that result in positive social, economic and environmental outcomes.  They do this through a series of patented processes, technology and IP, taking a design-led approach to solving real-world problems and harnessing sustainable revenues for cities in the process.  And this isn’t just chat or mission/vision rhetoric, as I learnt whilst catching up with Product Director, Mark Smith in Unicorn Room 2.0 (they have a Unicorn sign and everything!). We were joined by Product Owner Izzie, Visual Designer Raigan, Technology Director Dan and Design Strategist Nate. Their passion for delivering positive impact through tech was palpable as they each describe the roles they play and the various talents and gifts they draw on to do this well.

Post-It notes adorned the walls in the room we were sitting in.  Their learning from a recent research project, soon to be re-organised.  Ideas to be challenged and evolved.  Prototypes developed, tested and iterated.  ‘Agile Scrums’ and ‘Design Thinking’ aren’t just buzzwords that they are using.  This is actually how they co-design.  How they think.  How they deliver.  And no doubt their commitment to being authentic in this approach has played a huge part in their recent success.

It was clear why this talented bunch had been attracted to the Grid Smarter Cities ethos and I was curious to understand how these same qualities had been received by potential investors needed for their sustained growth.  Product Director Mark Smith filled me in: “The business has already been through several successful funding rounds including pre-revenue Angel Investment. We’ve also benefited from local European Regional Development Funds (ERDF) funding from Northstar and Keyfund. We’ve had a number of Innovate UK grants for projects along with one ‘First of a Kind’ contract from Innovate UK.  We’re constantly driving investment, and this has helped us carve out our position as pioneers in this sector as well as attract and retain the very best talent.”

Over the next 12 months, Grid Smarter Cities is planning further recruitment as their core product ‘Kerb’, promises new growth.  Kerb is a patented mapping technology and intuitive app.  It is currently being trialled in several Local Authority areas in the UK and Ireland.  The product works to reduce the congestion and subsequent environmental impact of curbside deliveries; whilst improving efficiencies for freight firms.  It gives land managers the tools to create bookable spaces in their cities, temporarily flexing curbside traffic restrictions at critical delivery destinations and during high vehicle-volume construction works.  Smart right?

There is so much more to say about Grid Smarter Cities, and I’d urge you to keep an eye out for this Newcastle-based tech company.  They are working on several major city-connecting innovations, expected to roll out in the next few years and are seeking final Angel and Seed funding to push this forward.

Who you are and why you landed on this article will probably dictate your next steps.  Perhaps you are a city leader, an academic or a business looking to collaborate on smart city solutions.  Maybe you’re eyeing up a workspace at The Core for your own science or tech business.  Or you’re an ambitious investor, talented designer or technologist who wants to connect with a business that is fixing real world problems.

Whatever your motivation, be sure to visit the Grid Smarter Cities website and get in touch if you’d like to learn more about who they are and what they do.  They’re a friendly bunch and would no doubt be keen to speak to you.

« Connected Energy Plugs into Thriving Global Market from The Core